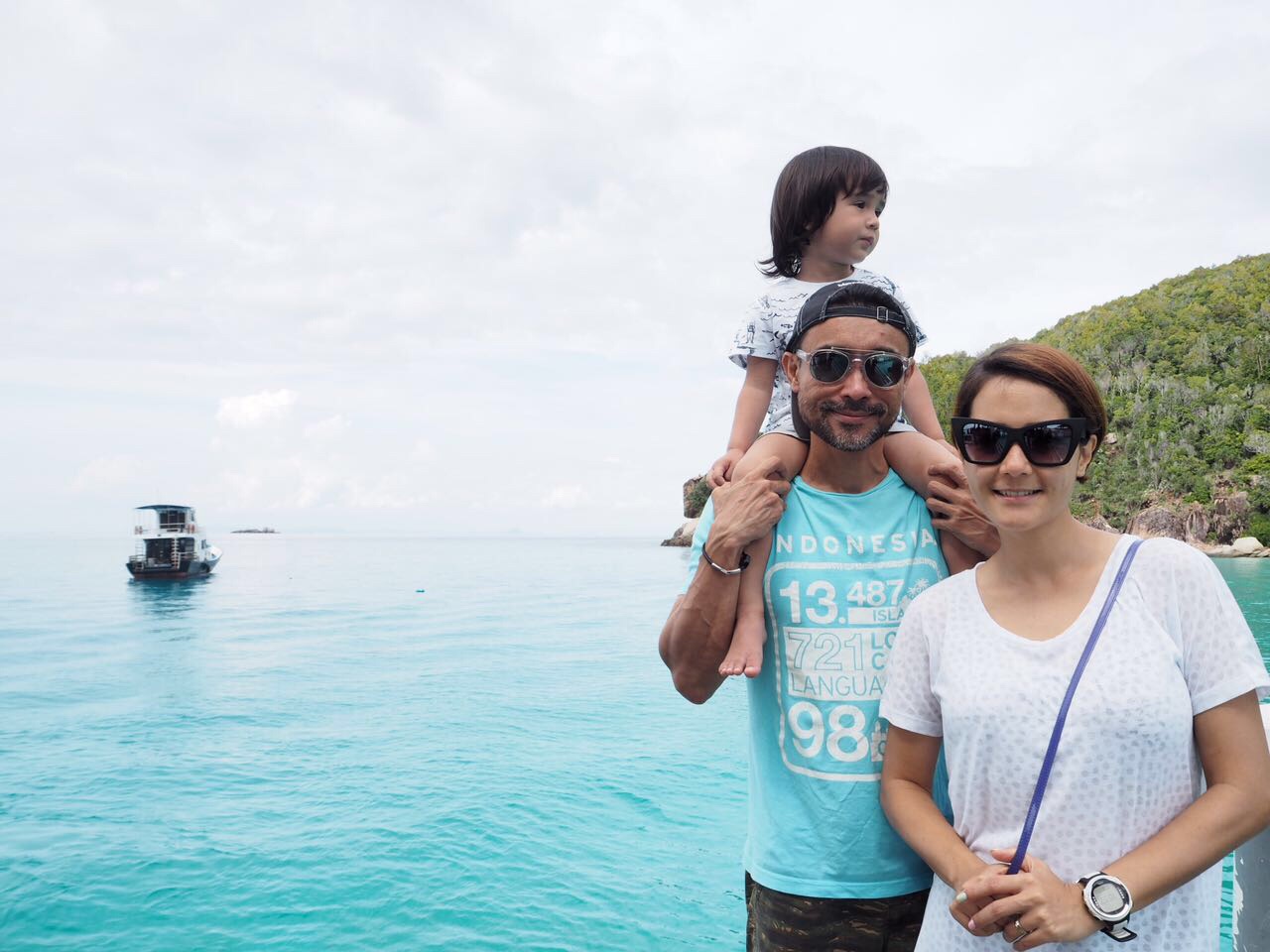 On the second day in Redang, Noah got to know the locals better. Especially the four legged variety! Noah loves cats and there were many on the resort. He would play catch with them untill they surrendered under the restaurant.

In this video here, Noah was trying to coax a cat out from under the dining area!

Apart from that, he started playing with the sand a lot more.

In this video here, you can see Noah playing his own game of ‘chuck the sand’ 🙂

Noah also got comfortable with all the people who work and live at the resort. One of them was dive instructor Kamal.

Kamal took Noah and his parents to the nearby village by boat and Noah even got to sit next to him. At first Noah was not comfortable sitting on the boat but after about ten minutes, he was sitting next to uncle Kamal like an island boy!

Most of the time Noah spent with his mummy on the beach. This was because Noah’s daddy went scuba diving and even though Noah’s mummy is a certified advance scuba diver, she could not dive as she is pregnant. However neither mummy nor Noah complained as they spent many hours bonding and playing like never before. It was truly what one would say quality time.

On the last day, when everyone said goodbye, everyone could see that Noah was visibly upset. He truly enjoyed himself and will miss the island. As Uncle Nik said, “Noah is the perfect holiday companion.” Rest assured, Noah will definitely be back and God willing, his next trip will be with his younger brother or sister 🙂 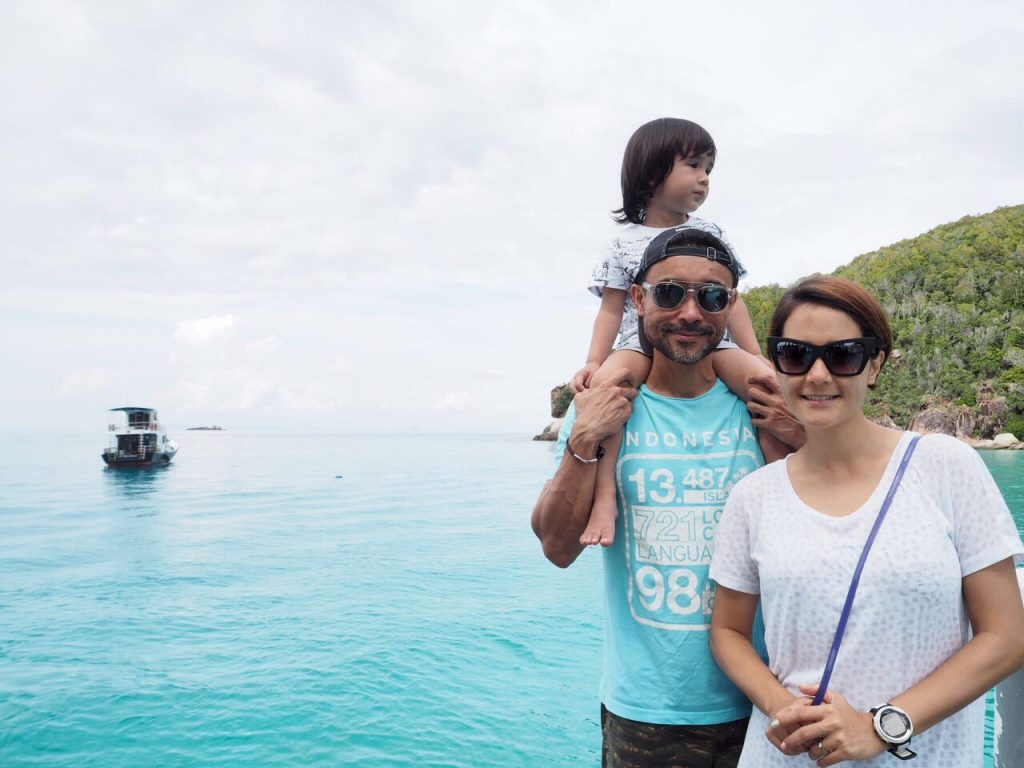 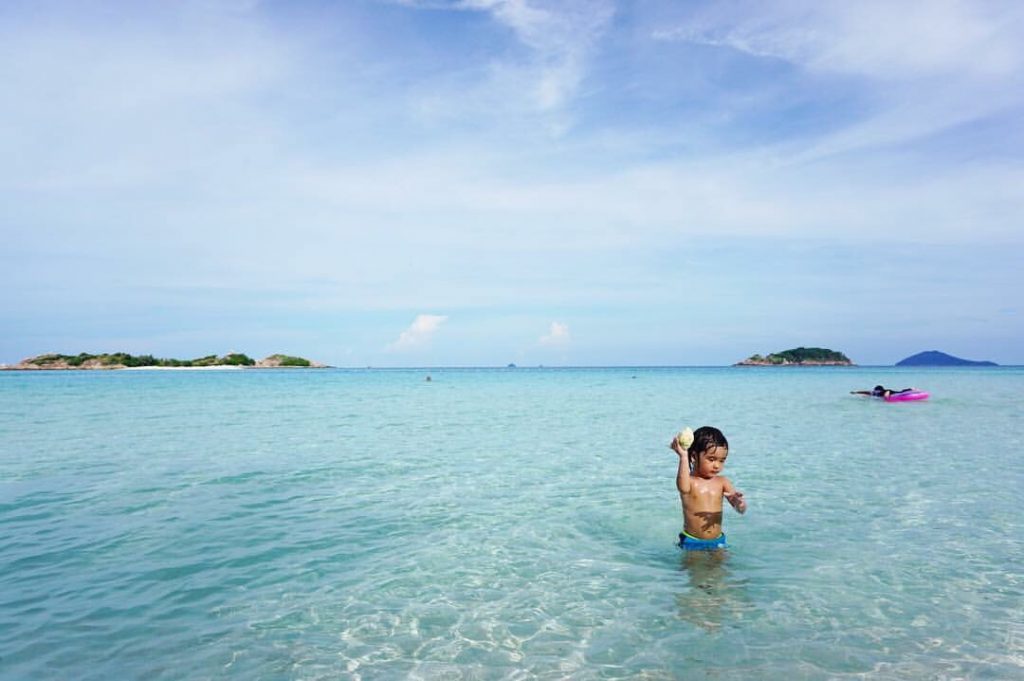 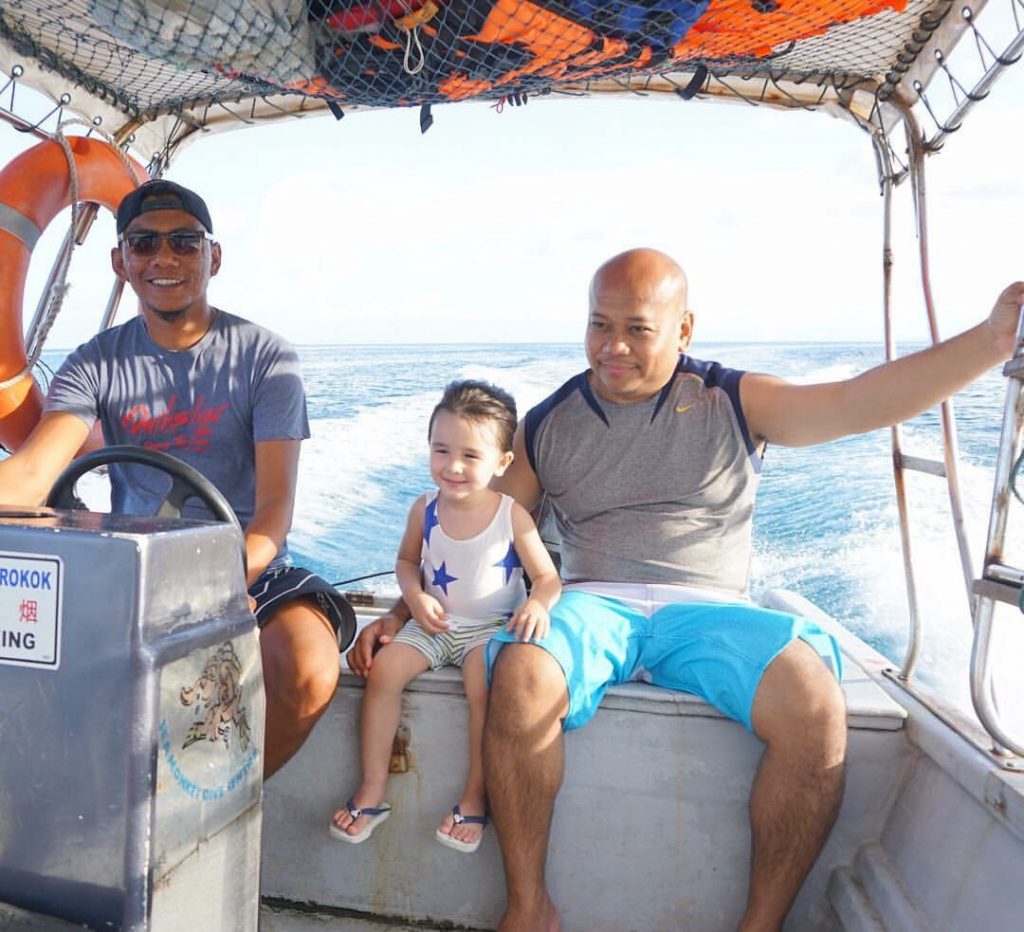